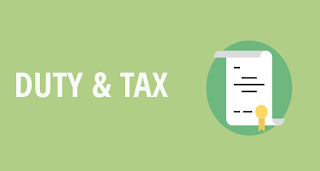 In a recent development , Gujarat govt has decided to impose taxes on ecommerce companies for the goods entering to the state. Though the tax slab and the amount hasn't been decided.

This came as an amendment of the current bill passed in the Gujarat state assembly. The bill amended the present Act of 2001 that did not cover ecommerce transactions. As per the government the previous bill affected the local traders as the goods on ecommerce websites  were sold at a much cheaper price as no taxes were levied on these goods.

While presenting the bill , state Finance Minister Saurabh Patel said, "Due to the recent development in the field of online purchase, web-based software applications or through tele-shopping platforms, which does not attract any tax under the present Act, local businesses were adversely affected. "

Popular posts from this blog

By Amit gupta August 18, 2014
A mazon, the giant in e -commerce is now ready with its new tactic to gain more customers. Some time before the idea put forward for “ local registration ” was one such preceding move to create an output that aimed at well planned establishment of the company in the mobile market . Yes, it succeeded in its attempt and came up with “Amazon local register” . However this time what the company renders is not the conventional style – the introduction of new mobile types or stores, but a technology that could obviously contribute to a multidimensional trustworthy money transfer mechanism.  Recently the system came to the mobile payment market, taking companies such as square and PayPal here. The label is a combination of a secure card reader, which must be purchased for US$10, and a free mobile app. Together, they offer a platform that allows businesses to accept credit and debit card payments using smart phones or tablet. The introductory fees for sign up on or before of 31 is 1.75 pe
Continue Reading >>